IDENTICAL SHOTS FOR AN INCREDIBLE SEARCH

On one Sunday of October 2015, the Prime Ministers of Peru and Italy were visiting Machu Picchu and Adine Gavazzi, together with José Bastante, José Bastante, the head of the Archaeological Park of Machu Picchu, was asked to accompany them on a helicopter flight to view the site. This was permitted because requested on behalf of Fernando Astete, as helicopters are usually forbidden from flying in Machu Picchu, as they tend to scare animals. The journey began and Adine vividly recalls how she got her camera ready and took a picture for every second that she was up in the air. According to Adine, she was trying to see if there was a visual connection between Mountain Machu Picchu and Salkantay, a big glacier to the south of the site.

The Machu Picchu mountain corresponds to the very last geological outpost of the glacier. In fact, it is geologically connected to Salkantay and the Inca knew that. Adine had wanted to verify this fact and also understand if the visual line that connects the tip of Machu Picchu to the tip of the Wayna Picchu was the same as the line that connects the Salkantay to Machu Picchu. It was only recently, however, that she made a connection between one of the images that she took that day and one that had been taken by Fernando Astete thirty years before. Adine was ecstatic.

“While I was going through Fernando’s pictures, incredibly I found the same picture, except for the fact that his was much better, because the day I took the picture it was clouded, so you couldn’t see the Salkantay. You could see the axis connecting Machu Picchu and Wayna Picchu but you couldn’t see the Salkantay. Fernando had taken exactly the same picture thirty years before, exactly in the same spot. And the most incredible thing is that, how can you do it when you’re on a helicopter? I didn’t even know Fernando had taken the picture. So there is something very special in the story of that photo. Thirty years later I got the exact same picture in the air with the helicopter. What’s amazing is that, there you can be ten meters right or left, or even up or down and the picture would turn out different. But I took exactly the same picture and it’s truly extraordinary.”

Adine believes that the most likely explanation to this coincidence was that they were both looking for the same thing, with their eyes looking in the same direction. Adine was able to pass through the same location that Fernando had traveled by with the helicopter thirty years back. What was even more astonishing is that they both inclined the camera to be able to see the exact flat surface of the open square. According to Adine, in order to be able to capture that scenery, one must incline the camera in a certain way. It is an incredible coincidence indeed.

This is something Adine would have never discovered if she had not gone through and classified Fernando’s photos for this project. This account becomes even more significant as it tells a story far deeper than just a mere coincidence. In fact, it shows Inca’s and Fernando’s way of looking at the mountains. He was looking for one of those visual lines that the Inca were observing when they would go on top of the mountains before planning a city, an urban area, or a Yakhta. The incredible thing is that this coincidence is proof that it still works like that to this day. It is an element of the living culture that still exists. Adine learnt it from the workers. Even though she had learnt about this process from chronicles, she could not understand it properly.

“The chronicles kind of knew that the incas would align the points but they didn’t know how; so they didn’t explain it very well. The workers in Machu Picchu do it every day so you kind of inherit this knowledge, and what we understood is the peculiar way in which the incas had to plan. They plan from the top, they look at things from the top. However, they don’t just look at things from one top, they go all around. So they went all around these eighteen mountains, went on top of each and every mountain, and they looked at the site where they would plan Machu Picchu. They kind of drew imaginary lines to connect orientations, and when they did all of that, they went to the highest top of the biggest stone, or the biggest emerging rock, and on the very top of that they carved the Intiwatana. And in the Intiwatana you had the exact orientation, miniaturizing the entire plan. If you understand this notion, you understand the Intiwatana.” 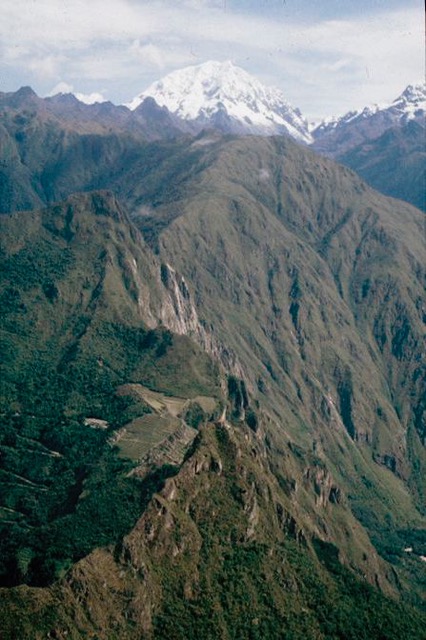 The Intiwatana is an altar on top of an emerging rock, which was usually operated for solar observations. That was its use indeed, but there was also more to it. It is, in fact, a miniature plan of all the lines of the city. Therefore, if one is not sure where to look, the Intiwatana will help them understand the planning, with a fan that from the center of the stone radiates lines in many directions.

At the Intiwatana, there are also places where one can sit next to or in front of and be positioned exactly to see something. Like the top of the Machu Picchu or Wayna Picchu, you are able to see specific parts of the site. 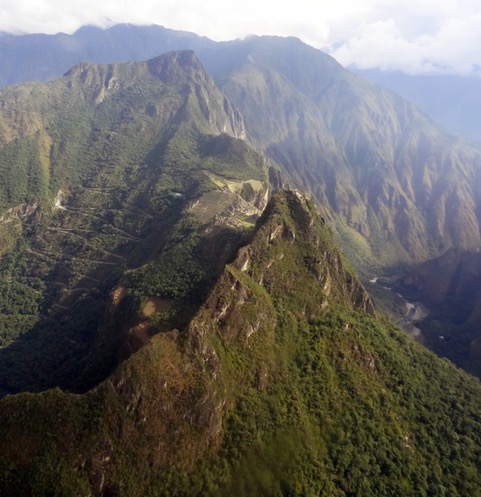