AND THE CHAPARRI ECOLOGICAL RESERVE

The unique bond between humans and wildlife in Peru 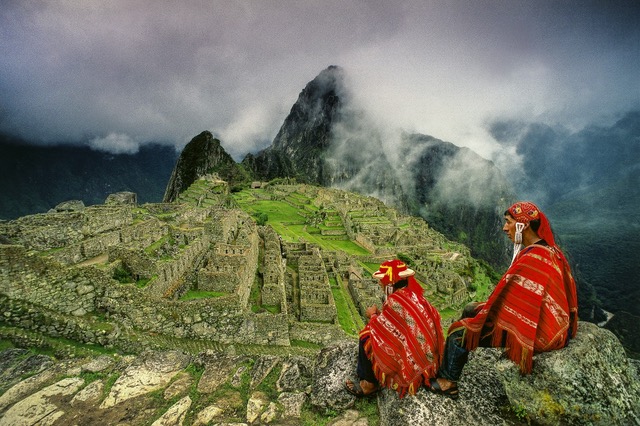 The image you see above is the most reproduced ever picture of Machu Picchu, and it was taken by none other than Heinz Plenge, Peru’s most prominent nature and wildlife photographer. It was taken in 1993, just a year after the arrest of Sendero Luminoso‘s leader, a subversive communist group in Peru. This meant that tourism was on the way of expansion, as the fear of visiting the country due to dangerous subversions was slowly abating. Interestingly, an aviation magazine contacted Plenge to accompany the first group of tourists visiting Machu Picchu after the revolution, who were interested in walking through the site’s Inca path. Heinz, who lives on the windy oceanic coast of Peru, had actually contracted a very strong cold about a week before the excursion, and tried to call off the event, but the magazine found no other available photographer of his same caliber.

“I had no other choice but to go. When I saw the group of tourists that I had to photograph, I realized that they were all in their seventies, and thought I would have no issues following them through the Inca path. However, I soon discovered that they had just come back from a hiking tour of Nepal and had extensive training in trekking. At some point along the journey, I really thought I would not be able to make it. I had to carry my own backpack, camera, and all my other equipment.”

Thankfully, Heinz made it through the hike and reached the fourth day of excursion, which ended in Machu Picchu. As he was walking alongside the porteadores (Huayruros Quechua community members from Ollatanytambo), he noticed that the sky had quickly changed color due to the appearance of clouds. Two of the Huayruros therefore started to get interested in the breathtaking view of the Llaqta and quickly sat down to admire it from the hill.

“They were speaking Quechua (the indigenous language of the Andes) and I do not understand a word of it. However, I noticed them pointing at different areas of the mountain in front of us, and I understood that they were talking about the fact that there were almost no tourists. They were talking about their mountain, their ancestors, their site. They were caught in a moment of contemplation of their own past, a moment of connection that was truly sublime.”

Heinz therefore decided to take some photographs while the two men were conversing and, soon after, those same pictures were used by the Peruvian government in a campaign to name Machu Picchu as one of the seven Wonders of the World, which was eventually successful. Additionally, one of the photos from the same series (the one included in this story) was published in an uncountable number of photography and travel books and was specifically recognized as “The Best Picture of the Americas”.

Adine Gavazzi, a colleague and friend of both Fernando Astete and Heinz Plenge, commented that:

“What I find the most peculiar about this whole story, is how Heinz himself did not understand Quechua at all, but was able to perceive what the men were talking about solely thanks to the deep spiritual and emotional connection they had with the site.” 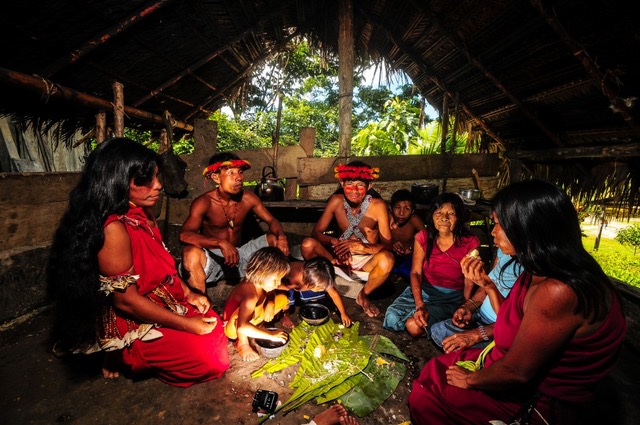 Heinz Plenge is, in fact, no stranger to historical and cultural sites. Although he is the father of nature photography in Peru, he has an archive of over one million pictures, which include all sorts of subjects, specializing specifically in archaeology, nature, and anthropology. It was actually because of the creation of his open archive in the 1970s that people started to look more interestingly into the photography of humans and animals in nature and heritage settings. Plenge’s way of portraying heritage is in fact very unique, Adine explained:

“He looks at the living part of heritage. Often, in the archaeological pictures of Heinz, you see people. Not tourists, the people to which that heritage belongs. This is to show that heritage is alive.”

Plenge continuously collaborates with indigenous communities of Peruvian heritage. He was responsible for the creation of the first Peruvian private conservation area of 34,000 hectares, while also inaugurating the first ever project for sustainable tourism in Peru almost twenty years ago.  As of today, there are around 120 conservation areas in the country, with Plenge as a leader of the conservation of natural and cultural heritage movement.

“I was born in Peru and I feel that, both intangible and tangible, natural and cultural heritage cannot be separated from one another. I feel them as one. To me the profession of photographer can certainly transmit not only knowledge, but also emotions. This can be extremely useful in the safeguard of national patrimony, especially in a country like Peru. There is so much to admire and photograph here that three consecutive lives would not be enough to see it all. Many professional photographers sometimes see their job as a shop. I had the opportunity to publish my work in the most recognized media worldwide, and I also know that pictures do have an economic value, but I think every photograph is a historical document, which needs to be preserved.”

Central to the professional ethic of Heinz is his work at the Chaparri Ecological Reserve, a natural reserve with which he collaborates for the preservation of various endemic animals and plants. Plenge holds, in fact, the record of having produced the highest amount of wildlife pictures in Peru, with the peculiarity that he is able to get extremely close to a lot of different feral species. He even managed to photograph a jaguar at less than six meters away without any protection, which represents a unique and extremely rare achievement for a professional like him.

Adine said of his photography:

“There is a very special way animals look at Heinz. That is why he is so different from all other nature photographers I have met. The creatures look at the camera feeling the presence of the photographer, with their eyes looking at him vividly and profoundly. All sorts of animals do that with him.”

When asked about how he manages to produce such genuine shots, Heinz claimed that they are a combination of coincidental events and preparation. He started to photograph animals very early, at only 20 years old, when he attempted to take pictures of condors, with his first analogical camera, on a beach next to where he lived.

“The condor is a very shy animal and, in order to get close to one, I would have to lay down next to the corpse of a sea lion, faking to be dead, and having to stay still for hours hoping that it would approach me. Some of the best pictures I have ever taken just happened, without the need for planning in advance. However, when I go to a specific place, I go with an idea of what I can photograph and how. Biodiversity is so extended in Chaparri and in Peru more generally, that I often end up photographing more than I expected, or sometimes something even more interesting than what I had planned.” 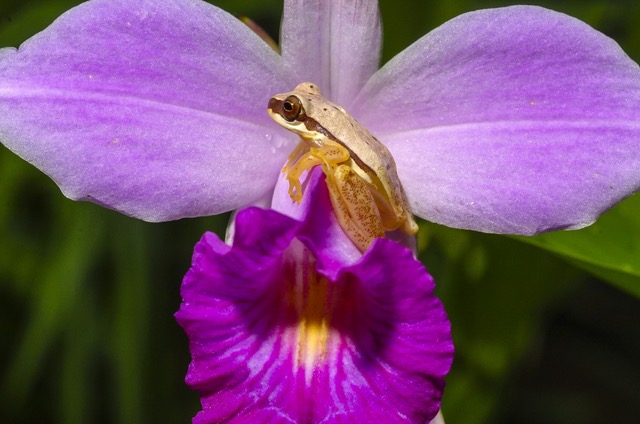 The true secret behind Plenge’s shots, however, is his respect towards nature and animals. Creating a place of mutual respect and coexistence between nature and humans is at the base of sustainable tourism, and it is exactly the lesson that Chaparri gives to the rest of the world. Thirty years ago, the area on which the park is today was almost deserted, with little to no vegetation and a very small amount of fauna. Thanks to a project of habitat reconstitution, in which Plenge took part, the reserve is now the home of an uncountable number of diverse species, hosting the highest concentration of South American Bears in their distribution range. Among those, one became especially famous for often attempting to escape from the reserve: her name is Lola, and is the favorite subject of Heinz at the park. 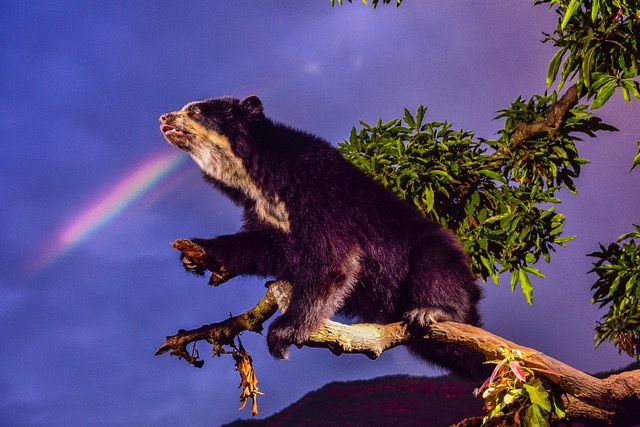 What happened in Chaparri, in the Lambayeque region of Peru, is an incredible example of how the determination of the local population has not only helped nature regrow and regenerate, but also caused their community to benefit and grow from nature itself, for example thanks to the sudden re-appearance of medicinal plants in the forest.